Domestic Bliss will be trying her hand (...well...her paw) amongst...mostly super hero’s on February the 6th, at this event...Here.

Posted by Gwen Linnell Turner at 06:30 No comments:

Thank you.
Posted by Gwen Linnell Turner at 08:28 No comments: 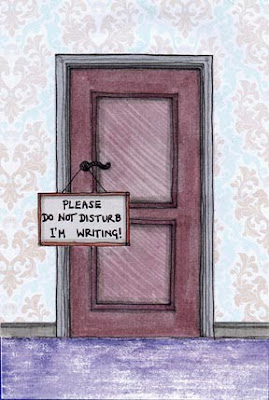 (Or how can I say a cross between drawing and writing?//@?
I'm wrawing, or...I'm drighting!)
Posted by Gwen Linnell Turner at 05:28 No comments:

A gift for Christmas that I shall read: A graphic novel version of The Heart of Darkness, by Joseph Conrad, (Artist Catherine Anyango).
Posted by Gwen Linnell Turner at 09:51 No comments: 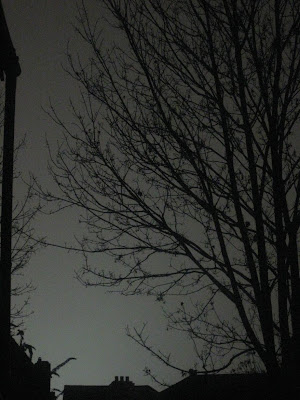 (view out at the back garden...a steel cold sky, photo by Gwen Turner)

The drawing board...a helm of change in deep winter tides. Moments of progress spent 'paper acting' (I have coined the phrase). A subterranean heaven in my studio (the cellar)...I have good daylight bulbs though, so I won't get S.A.D.
...H.A.P.P.Y N.E.W Y.E.A.R! 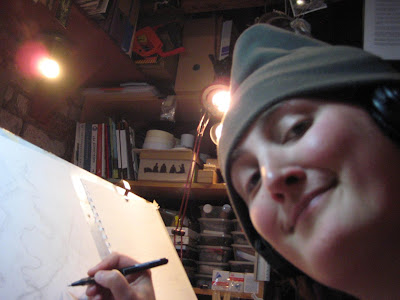 Photo of me by me!

Cold though, hence the rather attractive hat gear, and essential head phones for important transporting tunes (Robbie Williams, is actually good, but I feel abit bloated after a session with him...his greatest hits 1990-2010 album, 'In and out of conciousness'). Got heater sorted the other day so snug as a bug. 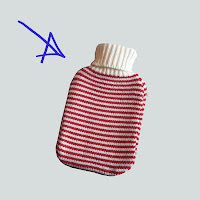 I found this invaluably handy before, and am likely to call on it's assistance again, as well as the heater!

Insert, 2nd Feb 2011: I have further enhanced some theories that I wrote last March, here.


More inserts, 20th August 2011: Only now after summer highs, do hindsight benefits dribble together like Mercury. Looking back over this post is strange, I am able to see it with some clarity and confidence now. At the time it was a kind of fake "I am o.k." yet the feeling was of excitement and real fear. I can describe it better using the film Point Break as an example. Those bank robber surfers called 'The Ex-Presidents' choose to live on the margins of society and life, tripping in excess. But at a certain point in the film there is something sacred about it and it is simply just allowed; this feeling. A feeling that the character (played by Patrick Swaze) is so determined about before he takes his surf board to the giant centennial wave at the end. It can be madness but it is real, people cannot stop him (though they all try) and he will get no medal for bravery. That's it; that wave, that chance of the moment. His right to do it will be his only smell of true freedom (for him, it means right now, and ultimate death).
With it's different degrees, I won't need to go to the extent of their criminal violence to get to such a feeling. Surf board?....Nah...drawing board any day!
Posted by Gwen Linnell Turner at 03:31