I have had some changes made to my website recently, and taken away all the past theatre examples; it is now purely a portfolio of my illustration work. Again...only in retrospect do I realise how helpful it was to air the theatre / Creative Partnerships educational work from previous years; online for a certain and relatively brief period of time; helpful for me and everyone. The reason why they had a brief stint is due to the data protection of the individuals and young people in the photographs, good for an inspiring boost but I would have to seek permission from each party in order to show them online.

There are some additional new illustration pieces in the simple-varied section, click here for a peek... 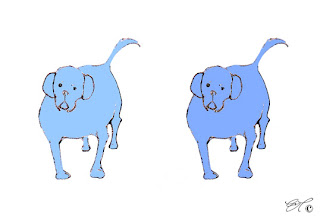 I am showing one of my theatre design commissions here on this website.
(29th July...retrospectives): The Miracle is a play (by Lin Coghlan) about a series of strange but profound events that take place amongst the community of a supposedly insignificant satellite town...
Designing The Miracle at Watford Palace (close to where I grew up), was like a rewarding tip of the ice-burg to some considerable years of feeling around in London within the sub-levels of cultural existence;...like an invention that has to be right, this show made me shiver as though something had been expelled. The show was performed for three nights (a common schedule for youth theatre).
I remain very proud of the work created by those involved in this production, it felt good to take leave for other re-inventions on such a high note. (It has been such an experience working with different directors on many new writing projects, I am so fuelled by it). 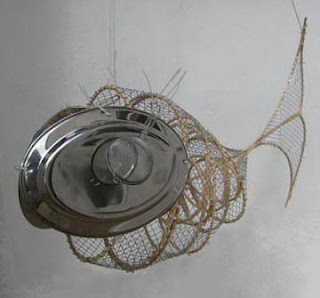 Fish puppet: two were made to be operated together during the play.


(The puppet's head comprises of two Balti dishes and a couple of small sieves).
Posted by Gwen Linnell Turner at 08:02

An article worth looking at...

My brother just sent me this link to an article in the Guardian about regarded graphic novelists, and their appreciation of various contemporaries.
Thanks Simon, this is very much of interest.
Posted by Gwen Linnell Turner at 20:15