Hi, I am Gwen Turner, setting up my blog, to introduce the work that I do: I am an illustrator and have been working as a theatre designer. I love anything that tells a story.

My intrigue is a shift/flux between genres: theatre/film and illustration (I throw a heaped table-spoon of enjoyment into the mix too).

Since my B.A. Scenography (1998) and many public commissions, I found I wanted to create my own story, linking story-boarding to theatre, film and the graphic novel. My focus is on the momentary gesture of characters, human or animal, in the context of universal themes of nature and belonging. Two influences: Heath Robinson and Jacques Tati’s wordless films.
I had been toying with the seeds of a story idea since 2005 and shortly after my last theatre design contract in 2006, I spent a period of time doing studio work, drawing (with other artists in a temporarily converted space due for redevelopment: 'Annexed Industry artist studos') up to 2007. To mark and tie together the time it would take me, I undertook an M.A. in illustration which I completed with distinction last summer. During this time I had the discipline to properly develop the groundwork for what the story was going to take form as: A graphic novel series called Domestic Bliss. I am now nearing the completion of the first episode, and developing other ideas and projects. The M.A. was also a valuable time for me to consider theoretically some aspects of visual practise and creative visualisation in general. I was also able to focus on honing computer skills and become more fluent with web applications.

Here is an article I wrote for our graduation blog after completing the Illustration MA in 2009.

I teach on and off, so far, mainly contracted through an organisation called Creative Partnerships which helped fund my studies. In the final year of the M.A. I have also been working part time for an organisation called Stitches in Time, based at Limehouse Town Hall. ((It was good work at the time, as the days were really flexible between my own projects and paid a decent rate. Something I especially liked was getting the chance to spend time with, sit with, "have a yarn" with...and get to know people who have come from very different backgrounds, some of whom rarely leave their houses and families. Also good as we would all be making something each, using fabric printing, patchwork or sewn tapestry methods, which would add together to make a whole. Hopefully not overly bent on what funding required that we communicate and more expressive of our selves at the time (Insert: 8th Jan 2013)). I also led workshops for a lady’s patchwork group and members of the Tower Hamlets community at Kingsley Hall, a Heritage venue in which Gandhi spent some time during his stay in England in the 1920's.
(I received funding to complete a P.G.C.E. teacher training in 2004-5), my research then was about: The Educational theories of South American born Paulo Freire, and making links with the visual mind and Dyslexia.

After twelve years of collaborative work in the world, and a couple of sabbaticals later: As Wordsworth and his sister Dorothy did, I also now enjoy socialising with Daffodils and gazing upon that inward eye".

My illustrations (graphic novel...) is on going and my focus at the moment.

I seek to tell a strong story in my work using visual poetry. 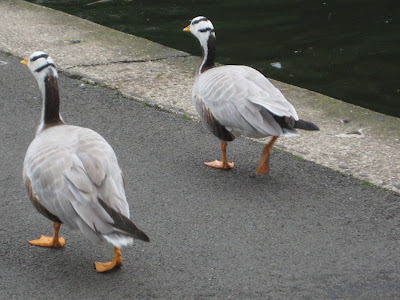 To see all pictures at their larger original size, click on the image once for the light-box.
Posted by Gwen Linnell Turner at 05:46